Andrade Suspended By WWE For 30 Days

Amit 28.1.20 0 Comments
Since the tragedy of Chris Benoit, WWE implemented the welfare policy for substance control and has taken it seriously. Multiple sources report that the current Champion of the United States Andrade has been suspended by WWE after testing the Wellness Policy Test. 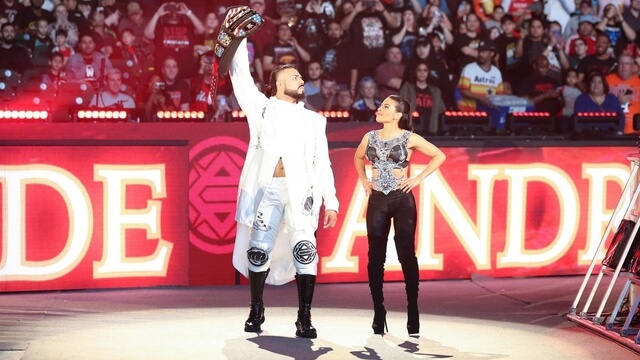 Andrade is Suspended for 30 days

During the most recent Monday Night RAW Episode we saw Humberto Carrillo attack Andrade with a DDT on the hard ground; It seems that the angle was working to leave the Idol out of the company's programming while serving its penalty.

The substance to which Andrade tested positive is unknown, but knowing the WWE's substance policy, the cause could be varied, from the consumption of a “hard” substance to even not presenting any medical prescription in time.

Being the first violation of your contract, the punishment will be 30 days out of action and without pay. We find it surprising that WWE has decided to leave him as Champion of the United States, although we cannot rule out that the championship is announced as vacant. Either way, Andrade would still be on time to participate in WrestleMania, if the company allows it.