Night of madness in WWE. Incredible what we have seen tonight in Houston, a PPV full of emotions and great moments, no doubt, something that fans missed WWE. But without a doubt, the most incredible moment of the night, along with Drew McIntyre's victory, has been Edge's Return during the Royal Rumble. 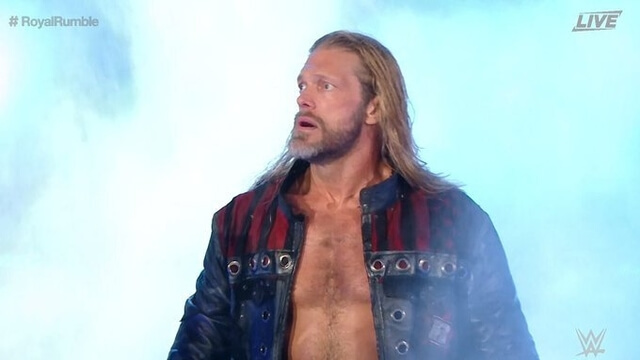 Finally, the rumors were true and in the 21st place, Edge officially made his return to the WWE Ring. But that was not all, and it also had a great role in the real battle. For a moment it seemed that the years of inactivity and the sensitive injury that forced him to leave the ring in 2011 had not taken its toll. In addition to being one of the last three survivors, Edge managed to eliminate AJ Styles, Luke Gallows and Randy Orton, with whom he was allied for much of the fight.

We will see what is next for Edge, but it seems that it is here to stay as WrestleVotes well reports, Edge would have signed for three years with WWE, so we have Edge for a while:

We will see that it is the following for Edge, who during the battle had quite intense care with AJ Styles, and the rumors about a possible confrontation between both of them in WrestleMania have not been slow to come to light.