Amit 29.1.20 0 Comments
During the last few hours, all the details of the contract that EDGE Signed with WWE to make his return to the ring were revealed. Vince McMahon did not think twice about accepting all requests for “The Rated R-Superstar”. 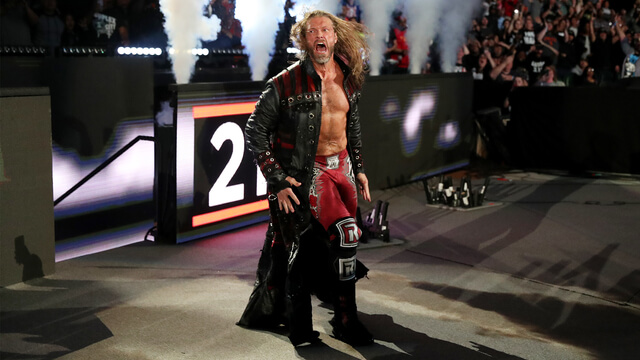 Edge met with AEW to discuss the possibility of making his return to the ring with them, before finally deciding to return via WWE. It is believed that this negotiation was used only to take advantage of the AEW moment and thus achieve a better deal with WWE. Our sources confirm that Edge never really wanted to sign with Tony Khan's company


Apparently, the strategy worked because, according to McCarthy himself, Edge and his wife Beth Phoenix were "grinning from ear to ear" when the new WWE contract became official, which follows the following terms:

It lasts for 3 years

Edge will fight only 5 times a year.
You will win around the US $ 3 million dollars a year if you make at least 3 fights in the year. For example, 1 million per fight and 9 million dollars when the 3-year contract ends.
It will make 25 television appearances (even House Shows if requested) per year. That is, apart from the 5 fights, Edge will be scheduled to fulfill 20 more dates with the company per year.
It is worth mentioning that it was previously reported by PWInsider that Edge would have signed a special contract with the company in Stamford, where this would include an expressive financial allowance and the requirement for more appearances in the year.

Therefore, it can be said that Edge's first match of the 5 that he will do in the year was at the Royal Rumble and the first of the 20 remaining appearances was his RAW speech last night when he was brutally attacked by Randy Orton.

$ads={2}
The following possible dates for Edge could be: February 27 in Saudi Arabia at the WWE Super Showdown, against perhaps AJ Styles, if he recovers from his shoulder injury, April 5 at WrestleMania 36 where he faces Randy Orton, 23 August at SummerSlam 2020 and probably another event in Saudi Arabia, which has yet to be confirmed, but everything suggests that it will be between May and November.