Amit 30.1.20 0 Comments
John Cena continues to succeed in Hollywood. His next great performance can be seen in the ninth installment of the saga "Fast & Furious" that will premiere at the cinema on May 22. Titled Fast 9, this installment will publish the first official trailer tomorrow, Friday, January 31 on social networks, where the role that the former world champion in the film could play, something that is unknown until now. As an appetizer before the trailer, the image of John Cena has been published on the official poster, which you can see below. 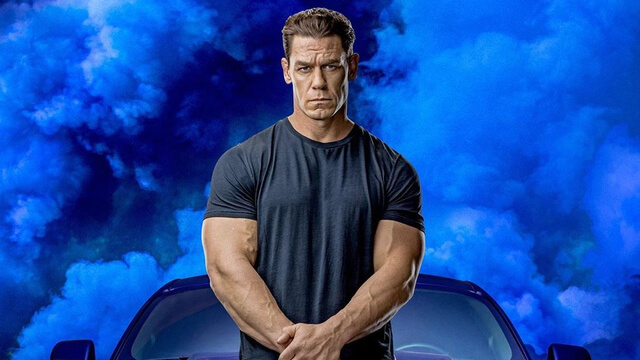 "Fast & Furious" films have been notoriously friendly with WWE superstars in the last decade: former WWE champion and Cena rival Dwayne "The Rock" Johnson joined the "Fast Five" franchise "in 2011 & appeared in the following three films:" Fast & Furious 6 "," Furious 7 "and" The Fate of the Furious "in 2017, before starring alongside Roman Reigns in last year's spin-off delivery, "Fast & Furious Presents: Hobbs & Shaw".

In 2019, John Cena only made two appearances in WWE and the last one was produced in WrestleMania under the character of 'Dr. of Thunganomics'. His next major film projects are Fast & Furious 9 and Suicide Squad. The first film has already been recorded while the shooting of the second will end on January 31. This last date could indicate that the rumor about the appearance of John Cena in WrestleMania 36 is possible. In addition, if it is free of dates, as far as shooting is concerned, it is very likely that he will go back to the ring to fight.