The confrontation was the main event of this week's edition. As usual, the fight extended beyond the duration of the show, with both men very close to winning. In the last moments, Lee managed to get The Undisputed Era out of the way to apply his Jackhammer and get the victory via pinfall. 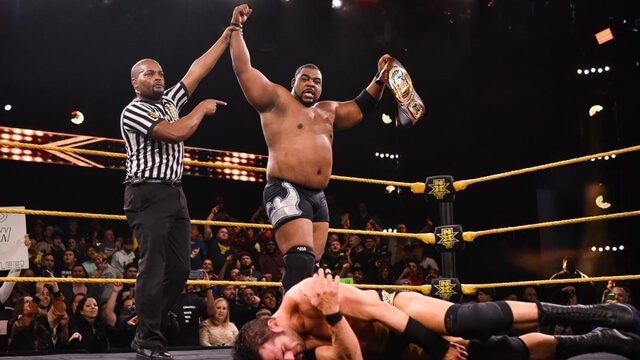 Thus, Keith Lee becomes the owner of the NXT North American Championship, being his first reign since his arrival in the development territory. Roderick Strong thus closes a total of 126 days as champion. Recall that the member of The Undisputed Era obtained this title when he defeated The Velveteen Dream in the first live weekly show of the yellow brand, held on September 18, 2019.

Read Also - Why did WWE Not Mention CM Punk in RAW?

Keith Lee won an opportunity 2 Weeks ago in NXT

A few weeks ago, NXT general manager William Regal confirmed that they would look for a new challenger for the NXT North American Championship. Regal thus announced a fatal 4-way between Keith Lee, Dominik Dijakovic, Damian Priest, and Cameron Grimes, with the winner getting a chance to challenge the title of Roderick Strong. The confrontation took place in the NXT broadcasts on January 8. In the final moments of the fight, Keith Lee applied his Spirit Bomb over Cameron Grimes, obtaining the victory via pinfall and, at the same time, the opportunity to titrate.