Reason Why Sasha Banks Not in Royal Rumble Match

A few minutes ago we reported that Sasha Banks was absent from Royal Rumble not participating in the Royal Battle of Women and not in any phase of the show, all coinciding with the day of her 28th birthday. 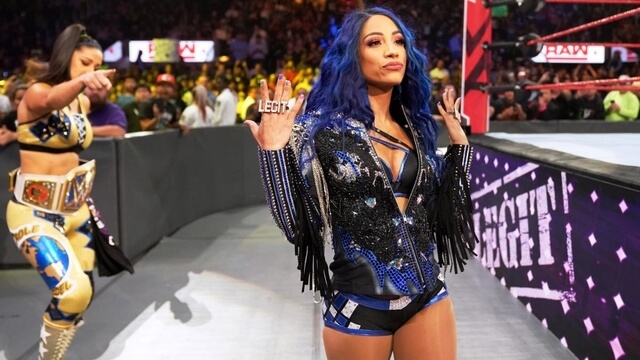 A few moments ago, Sean Ross Sapp has published an update on the state of Sasha Banks that could clear up any doubt. According to Fightful Journalist, Sasha Banks has suffered an injury since January 3.

Why Sasha Banks wasn't present at the WWE Royal Rumble tonight. Sasha Banks was not authorized to compete. She has not fought since January 3. They did not tell us the specific injury or the seriousness of the same, not even when she is expected to return to action


As Sean Ross Sapp has reported, Banks' last physical performance occurred on January 3, during the Friday Night SmackDown program. Sasha teamed up with Bayley to face the duo of Dana Brooke and Lacey Evans, and Alexa Bliss and Nikki Cross in a three-way team fight. The only time it seems that Sasha Banks suffered some kind of strange blow was in the last jump of Dana Brooke, although we cannot confirm that the injury occurred at that time.