Rey Mysterio Said Daniel Bryan's Record is Not Worth It

Amit 21.1.20 0 Comments
Rey Mysterio until recently held the record for the fighter who spent the most time in a Royal Rumble Match with exactly 1 hour, 2 minutes and 15 seconds. This accomplished in the 2006 fight, in which he even ended up winning. 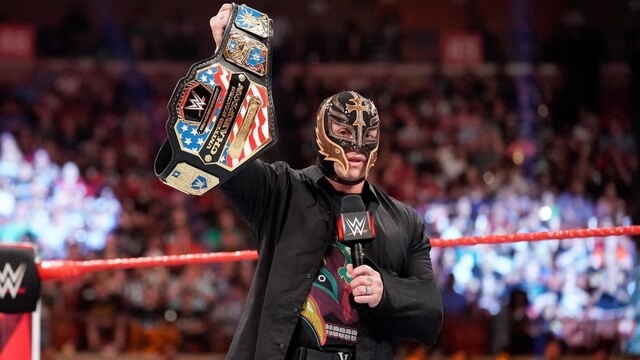 However, unexpectedly, Daniel Bryan would surpass the mark during the demonized Battle Royal Greatest Royal Rumble, which gives the event its name, on April 27, 2018. Bryan was the first to enter the 50-participant bout and was eliminated by Big Cass after a total of 1 hour, 16 minutes and 5 seconds.

Although the WWE confirms the feat of "The American Dragon", Rey Mysterio believes that the record is not valid according to his own thesis presented during his appearance on Xavier Woods' YouTube channel, Up Up Down.

“It's crazy. Time does not pass. You feel like time is never going to end, but strategies are very important when you're on Rumble. I think I was able to show some of the aerial movements, but sometimes, although it seems like a lie, I thought about staying at the corner, you know, trusting that they would eliminate whoever had to be eliminated and I would be there quietly. And it ended up working.

I have a protest to make because I heard that Daniel Bryan has the record for the longest time in Rumble, but that was in Saudi Arabia and it doesn't count. What counts is here, yes. And I have that record. Rey Mysterio said, "I'm number 1”.

The WWE Crowns Bryan as the record holder, but both Mysterio and his fans do not follow the same path since they believe that what really matters is the achievements made in the land of Uncle Sam and not outside American territory.
Tags WWE