Amit 30.1.20 0 Comments
The Road to WrestleMania started with the celebration of Royal Rumble and, from that moment, the rumors about the match card of the great event have been crescendo. Dave Meltzer, a Wrestling Observer Journalist, has indicated in the latest weekly newsletter that Two Superstar will not have a role in WrestleMania 36: Ronda Rousey & The Undertaker. 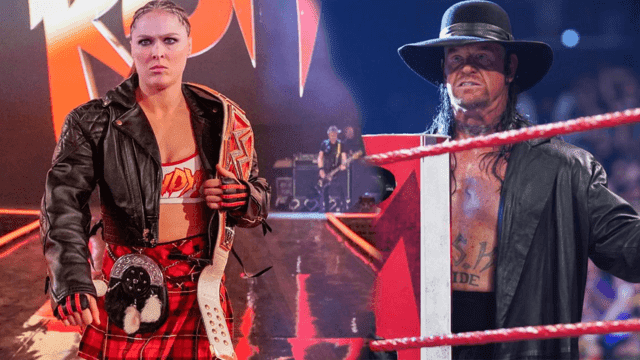 The case of Undertaker is complicated, since it is speculated with a possible appearance in Super ShowDown, an event that will be held at the end of February in Saudi Arabia, and it is assumed that at this time no fight has been agreed in WrestleMania. This is the tonic in Recent Years, although it should be noted that the Deadman was not part of the show in the 35th Edition, ending a Streak of consecutive appearances since 2000. The fact of not having agreed to a fight does not mean that he finally goes to be absent, although at the moment it is off the Match Card.

Ronda Rousey also has no plans for WrestleMania 36. According to Meltzer, WWE's plan was to face Charlotte Flair last year, but the rise of Becky Lynch changed the plans. That idea was on the table for this year, but everything indicates that Flair will challenge Rhea Ripley for the NXT Championship. The final track was given last night by Ronda Rousey, in the last episode of After The Bell, when she mentioned that Charlotte Flair, as the winner of the Royal Rumble, should challenge Rhea Ripley to a fight in the Grand Event.