Seth Rollins talks about Match with CM Punk at Wrestlemania 36

What did Seth Rollins Say About the CM Punk?

Seth Rollins recently gave an interview to MySanAntonio to promote the Royal Rumble, an event to be held on Sunday in Houston, Texas.

During the conversation, “The Architect” talked about several interesting subjects, including a hypothetical fight against CM Punk at WrestleMania, an idea that he welcomes. 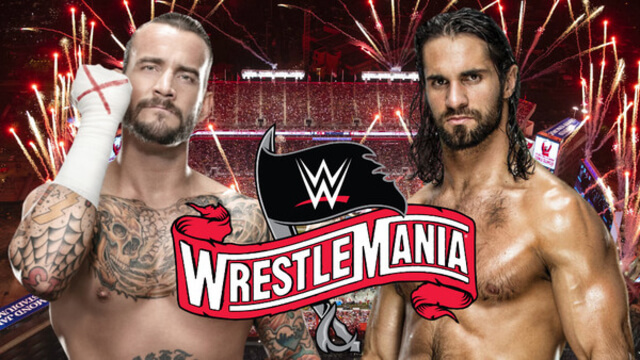 Read Also - Why did WWE Not Mention CM Punk in RAW?

… If he is going to come back and enter the ring, which is not something he has apparently been interested in since he came back since he seems to be very comfortable sitting behind the table and talking about wrestling, being a fan again and again for whatever he means, he must go ahead and do that. But if he wants to go back to the ring and show that he's more than just a critic and that he can really back up what he's saying, I would love to be the guy to face him. WrestleMania would be the right stage for that, but I don't think that should happen at WrestleMania. I think the fight is bigger than any event, so if he came back, we could do it anytime, anywhere and it would exhaust anywhere, ” said Seth Rollins


The fight between CM Punk and Seth Rollins began to be the subject of speculation after “The Best in The World” strongly criticized Rollins in his first appearance as a commentator on the WWE Backstage. In his statement, CM Punk said that Rollins should stop writing messages on Twitter. "Seth must stop tweeting & realize that sometimes it is better to be seen as an idiot & close your mouth, or open your mouth & eliminate any doubts". Subsequently, Seth Rollins was invited to the WWE Backstage and regretted the fact that CM Punk was not on the program to speak what he said in front of him. This statement by “The Architect” was the culmination of the rumors to gain more strength.

Your opinion about Buddy Murphy

For those who don't know or missed this Monday Night RAW episode, Buddy Murphy joined the faction of Seth Rollins and Authors of Pain two weeks ago. Rollins admitted that he had seen a star in Buddy since the past and declared that he has all the tools to be one.

Buddy Murphy is someone who could be in the right place at the right time that week, but he is someone who has been in my sights for some time. You know, I remember seeing him win the cruiserweight title for the first time. A few years ago, in Australia and Melbourne, I thought there was a star there and it has all the tools to be one


And what do you think about a possible fight between CM Punk & Seth Rollins at WrestleMania 36?
Tags WWE