Amit 24.1.20 0 Comments
WWE Now, through its host Matt Camp, provided an injured report on NXT after the January 22 broadcast on USA Network. This week, three names are listed and are currently under medical review. 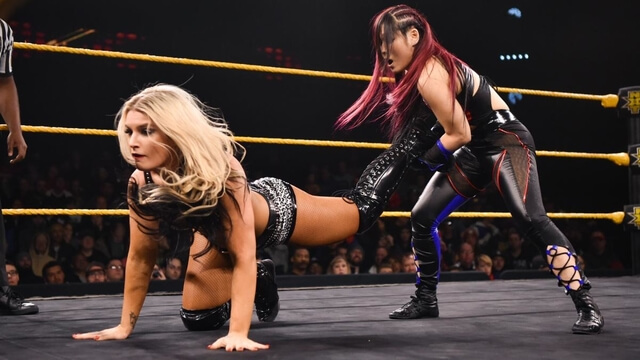 This week's most prominent name is Io Shirai who hurt her knee when she was thrown into ringside by Toni Storm. According to the report, an MRI was sent to be performed and should be monitored daily.

In second place is Shotzi Blackheart, who lost his fight against Shayna Baszler. When she went to the locker room, Deonna Purrazzo attacked her from behind. As a result of the attack, Blackheart would be dealing with shoulder and back pain and should be monitored daily.

Finally, Joaquín Wilde faced Finn Balor where he received butt, dropkicks, and Coup de Grace from the prince. As a consequence of the fight, Wilde is suffering from pain in the ribs and lower neck. To ensure that no ribs have been broken, he was sent to have X-rays.

It should be noted that the report was made in a kayfabe context, therefore the injuries can be real or be part of a story under construction.