Why did WWE Not Mention CM Punk in RAW?

Amit 22.1.20 0 Comments
The Return of CM Punk to WWE Backstage, a show where he is a panelist, will take place in a few hours at Fox Sports 1 in the United States, in what will be his first program of this 2020.

However, WWE did not mention CM Punk in Raw and should do so. Why did he have to do it?

At one point in the program, a chart was issued promoting tonight's WWE Backstage show, and Punk was not put on any chart, which implies that despite working on a show under the company's supervision, his relationship with it has been non-existent. 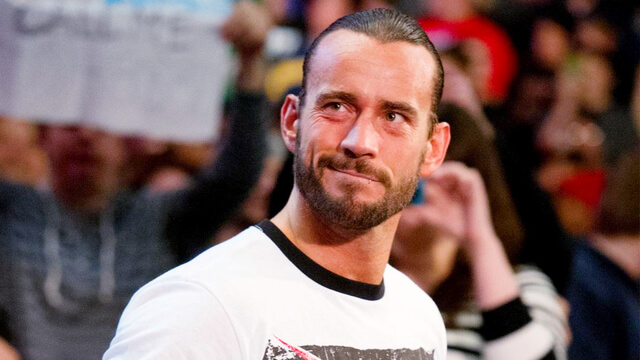 The commentators commented that Paige and Christian would be accompanied by Renee Young as Panelists, to receive the Raw Champion, Becky Lynch, who will be the special guest. However, at no time did they mention Punk, who since last year announced that this was his first WWE Backstage program of 2020.

The main reason for this may have been to prevent the "CM Punk" songs from invading the show. In social networks and on television, the FOX network has strongly promoted the return of Punk and they promise to talk about the Royal Rumble 2020:

What does @CMPunk have to say about the #RoyalRumble?

What does CM Punk have to say about the Royal Rumble 2020?

Or will it have to do with the insulted Punk gave The Miz mentioning Saudi Arabia? That did not like FOX, and surely WWE less. Other fans have said that it is to avoid his "return" at the Royal Rumble 2020, but beyond being the fifth favorite in bookmakers, there are no traces of a return to the WWE ring. If he returns, not to speak ...
Tags WWE