Amit 30.1.20 0 Comments
This week WWE will broadcast a new episode of NXT with Dusty Rhodes Classic Tournament Continues, then we will leave you all the live results of the program of January 29, 2020. Here is the Full Result of WWE NXT 29 January 2020 & Let's Start The Show with Singles Match Action. 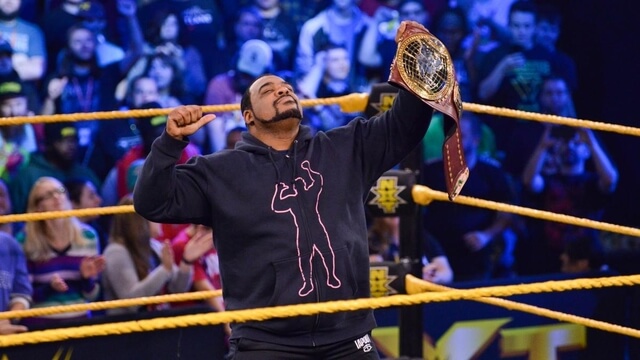 Before the bell rang, Finn rushed straight for Trent. The latter enters the ring to ring the bell and Finn ruthlessly attacks Trent again. Finn Balor completely dominates the beginnings of combat, combining the action both inside and outside the ring. Trent Seven tries to get back into combat after applying several chops to Balor's chest, but the latter takes advantage of his speed to take back the reins of combat. After returning from publicity, Seven manages to connect several combinations of blows and engages again in combat. The latter climbs to the third rope but Balor arrives quickly to throw him to the ground, applies his 1916 to take the victory.

The power of the P R I N ❌ E knows no bounds!@FinnBalor goes right after @trentseven!#WWENXT pic.twitter.com/svgHmqrhOx
— WWE (@WWE) January 30, 2020

The combat begins with Shotzi taking the initiative, Deonna manages to reverse Shotzi's movements and begins attacking the latter's arm. Shotzi quickly manages to change the course of the fight to later perform a Swanton Bomb to take the victory in a quick fight.

Both begin the fight very aggressively, Priest throws Dijakovic against the edge. After this attack, they go to publicity. With the return of publicity, both fighters continue to exchange blows hard, the combat is fairly even by both fighters. Both get to connect a kick on the face of the opponent and both fall to the ground. Dominik Dijakovic manages to connect his knee to Priest's face to take the victory.

The fight begins with Dakota hurling for Tegan aggressively, it is so much the desire that Dakota had that at times the action is taken out of the ring. Dakota was about to hit Tegan with a chair but Candice LeRae arrives to remove the chair, Nox takes advantage of the fact that the referee was talking with Candice to hit him with the knee brace to later apply a knee to the face and take the victory.

The combat begins completely dominated by Chelsea, Kayden tries to give some blows to revert but they are in vain since they do not manage to affect the combat. In the final moments of the fight, Kayden after insisting manages to connect several blows on Chelsea, the latter is trusted and Kayden takes advantage of it to perform a roll-up and take the victory.

The combat begins without a clear dominator, during the first part, Dunne & Riddle begin dominated the combat but after a distraction of the referee, Grizzled Young Veterans are now those who dominate the combat making several combinatorial movements between both fighters. After the return of publicity, Riddle manages to enter the ring and begins to attack the former NXT UK Couples Champions, thus turning the fight around and balancing the balance. It seems that the reaction of the BroserWeights has been a mirage since Gibson & Drake return to the load with several kicks on Riddle's face. Riddle & Dunne managed to turn it over to make their joint shot to take the victory and the tournament home.