Amit 29.1.20 0 Comments
NXT was glad to sign two new giants that will reach the yellow mark. The signature of Gurvinder Singh and Sukhwinder Grewal with WWE NXT means that someone saw potential in these Two Human Towers. 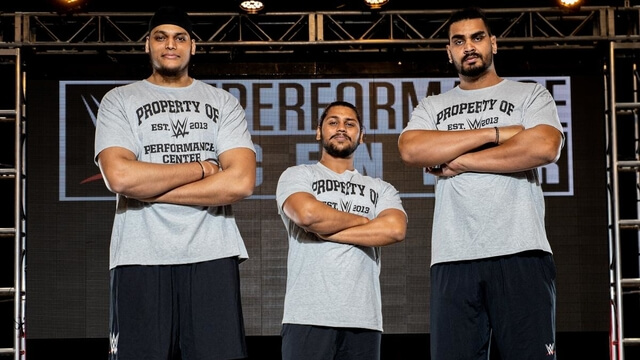 Gurvinder Singh is 2.13 meters tall with a weight of approximately 155 kg. He is a professional cricket player and actor from India. Upon entering through the Great Khali, he drew NXT's attention to his call.

Sukhwinder Grewal is another titanic person trained by Khali. He is a monster of 2.19 meters with a weight of approximately 170 kg. He is 24 years old and was previously a basketball player.

Together with these two firms, he joined NXT, Laxmi Kant Rajpoot, javelina and taekwondo pitcher. Therefore, we will have 3 India Superstars that will be included in the cast of the yellow mark.

With the aforementioned data, we can see that the two giants have great Athletic Abilities to excel in the company of Vince McMahon. It should be noted that the owner loves giants and that on several occasions he gives them very good thrusts, we will see if Triple H is the same.