Amit 2.2.20 0 Comments
During Royal Rumble 2020, we had the dispute of a staring match between «The Fiend» Bray Wyatt against Daniel Bryan, in the form of a «Strap Match». Precisely, thanks to this curious stipulation, the contestants were able to punish each other with straps, until finally, Wyatt managed to win the title to retain his title. 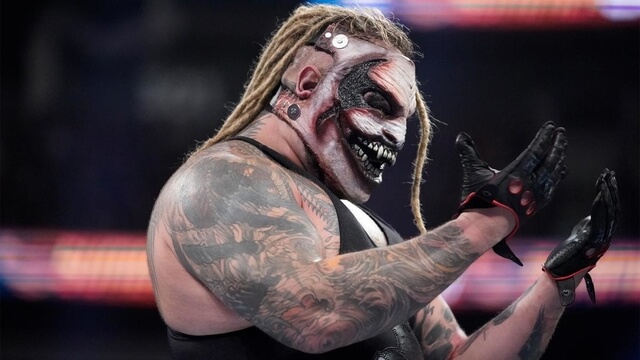 The punishment suffered in this meeting was such that neither of them made an appearance during the recent episode of SmackDown, although there was a recount of what happened in the Royal Rumble between the two, and an exclusive video with an interview with Daniel Bryan, where he revealed the consequences of the punishment received, and how hard it is to show it to his little daughter.

In the program last night, it was also announced that next week on SmackDown we will also have the return of Daniel Bryan and the WWE Universal Champion, Bray Wyatt, although it was not mentioned if The Fiend will appear, it was only indicated that Wyatt will return with another Firefly Fun House episode; however, the appearance of this dark character should not be ruled out.

Now that the dust has settled...

Let our scars remind us that WE...

Are stronger together than we are apart.

I forgive you Bryan.

Despite the announcement, there was no long wait for a message from Bray Wyatt to Daniel Bryan, which was published this Saturday on his Twitter account, suggesting a possible union between the two.
$ads={2}
While it would be interesting that Wyatt, under his current character of The Fiend, could have an ally, given that the current WWE Universal Champion could defend his Wrestlemania 36 title against Roman Reigns, it is difficult to think that this ally could be Bryan, who recently He went to the good side.