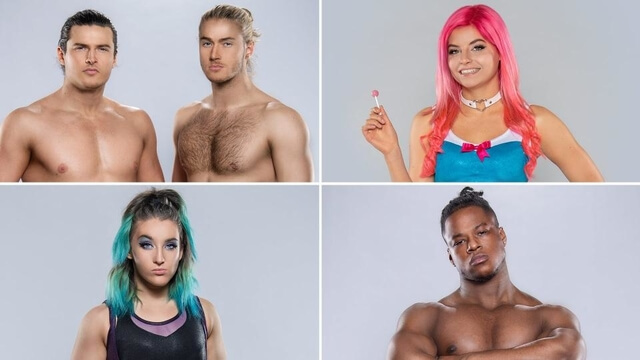 Pretty Deadly, it is a team formed by Sam Stoker Lewis & Howley, who has impressed in recent participation in shows the NXT UK, having already faced teams such as The Hunt and the duo of Kenny Williams & Amir Jordan.

Candy Floss is a 20-year-old wrestler with a lot of experience all over Europe and Japan. She has sometimes been to NXT UK shows, where she had opponents like Rhea Ripley, Kay Lee Ray, and Toni Storm.


Levi Muir is a British powerlifting champion who recently started to become a wrestler, having already experienced in the UK, in promoters such as PROGRESS.

Finally, Dani Luna arrives at NXT UK with several years of experience across the UK, at promoters such as PROGRESS, and has crossed paths with opponents such as Ripley, Storm, Nina Samuels, Piper Niven, and Meiko Satomura.